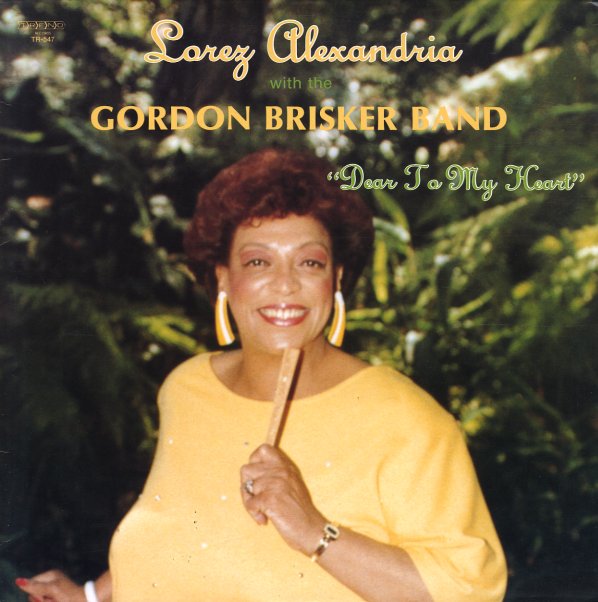 Dear To My Heart

An obscure 80s session from the great Lorez Alexandria – and a record that beautifully shows how alive her style was in these later years! The album was recorded with full group backings from the band of saxophonist Gordon Brisker – in a style that's slightly fuller than some of her mellower trio sides from the decade, and which further emphasizes the range and swinging power of her voice. Lorez sings things sweet and warmly – but never in a way that's too mellow, nor too "stock" – always fitting her phrasings to the changing modes of the tunes, and sliding in perfectly alongside the instrumentation of the group. Titles include "Yellow Days", "Without A Friend", "When The Sun Comes Out", "Zanzibar", "Why Was I Born", "Speak Low", "As Long As I Live", and "Where Have You Been".  © 1996-2021, Dusty Groove, Inc.
(Cover has notes in pen on back.)