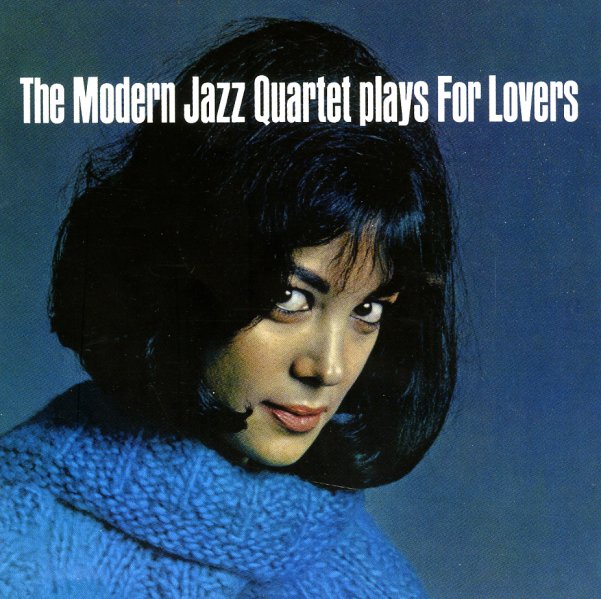 Yipes! The MJQ must have freaked out when they saw the title to this one – especially since the record doesn't feature them playing especially for lovers, it's just a collection of their excellent early work for Prestige. The album features some of the group's great work with Kenny Clarke on drums – and titles include "All The Things You Are", "All Of You", "But Not For Me", "Rose Of The Rio Grande", and "I'll Remember April".  © 1996-2020, Dusty Groove, Inc.
(Mono blue trident label pressing with Van Gelder stamp. Cover has a few gloss wrinkles across the front.)

Live At The Lighthouse
Atlantic, 1967. Very Good
LP...$6.99
An overlooked later gem from the Modern Jazz Quartet on Atlantic – a live set recorded at the Lighthouse, and one with a funkier tone than some of the group's earlier work for the label! Milt Jackson seems to be a bit more in charge of the sound on this set – as the tracks have that ... LP, Vinyl record album

Under The Jasmine Tree
Apple, 1968. Near Mint- Gatefold
LP...$11.99
A nice one! The MJQ record for the Beatles' label, and the record's one of their most interesting in years! The production's pretty straight, but the group's playing in a cool open-ended style that still has elements of their earlier work, but which really makes things a lot more interesting than ... LP, Vinyl record album

Lonely Woman
Atlantic, 1962. Very Good
LP...$9.99
Truly one of the Modern Jazz Quartet's greatest albums – and a set that has an edge and a darkness that's missing from some of their other Atlantic records! Part of the reason for this may be the group's fantastic reading of Ornette Coleman's "Lonely Woman" – a killer moody ... LP, Vinyl record album