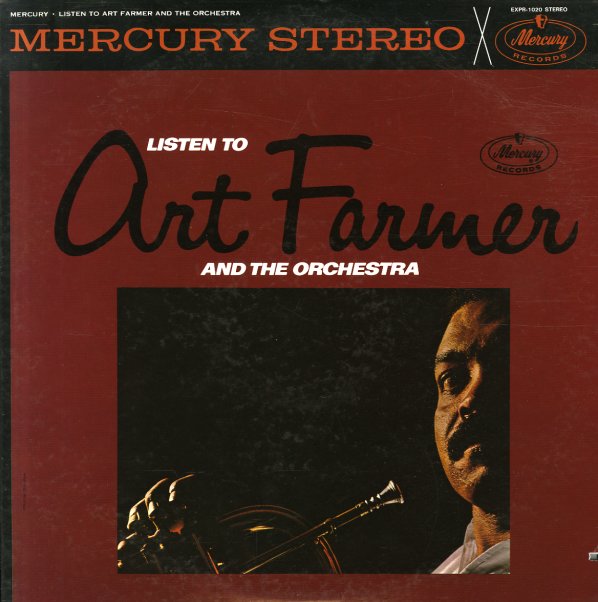 A beautiful set of tracks that features Art Farmer soloing on flugelhorn over larger arrangements by Oliver Nelson. Farmer's work on the instrument was just taking shape at this point in his career, and the soulful backings of Nelson are a really great match for his lyrical tone, and widening sense of expression. Tracks are longer and more complicated than you'd expect – and the set's got some great numbers, like "Naima", "Rue Prevail", "Rain Check", and "Ruby".  © 1996-2021, Dusty Groove, Inc.
(Stereo black label pressing. Cover has light wear.)