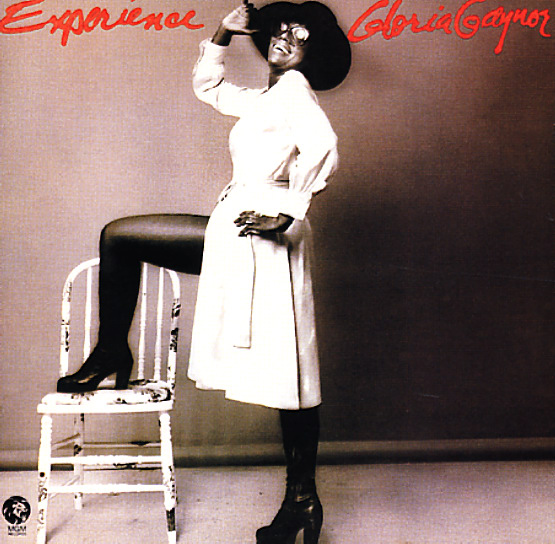 Warmly gliding soul from Gloria Gaynor – a great little set that has none of the cliches that sometimes mar our memory of Gloria's work, awash in tight arrangements that mix equal part disco and mainstream soul! Much of the record is upbeat, but never over the top – and even the longer tracks have a hook-heavy simplicity that's really great – a bit like the move into club that some of the Motown artists were also making at the time. Meco handled some of the production and arrangements, and titles include Casanova Brown", "(If You Want It) Do It Yourself", "How High The Moon", "The Prettiest Face I've Ever Seen", "What'll I Do", "Tell Me How", "I'm Still Yours", and "Walk On By".  © 1996-2021, Dusty Groove, Inc.
(Cover has a cutout notch, light wear, and a name in marker.)

Hang On In There Baby
MGM, 1974. Near Mint-
LP...$14.99
The first solo album from Johnny Bristol – a genius soul talent who did a bunch of great work for Motown as a writer and arranger, breaking out here on his own! Like so many other behind-the-scenes talents from the late 60s, Johnny turned out to be an excellent soul artist in his own right ... LP, Vinyl record album

Hooked On A Feeling
MGM, 1972. Very Good+
LP...$24.99
Some of the warmest Memphis soul ever recorded – a really classic set from The Ovations, done in a style that's really unique! The vibe here is different from the sound of Stax, as lead singer Louis Williams has a lot of Sam Cooke in his style – a warmly bubbling quality that's as ... LP, Vinyl record album

Where Do I Go
Quad/MGM, Early 70s. Very Good+
LP...$4.99
Classic Johnny Pate pop soul stuff for MGM, and a rare set of vocal tracks by Richard Williams, who, at the time, was best known to the world as a TV actor on the show Love American Style. Not all the cuts are great, but Johnny's arrangements are always a treat – and the record's got a nice ... LP, Vinyl record album

Virginity
Chycago International/CBS, 1984. Near Mint-
LP...$9.99
Clubby uptempo grooves from this little-known Chicago diva. This album was cut for CBS in the early 80's, and features the track "Doin' It In A Haunted House", which is still sort of a big club track around these parts. Also includes 'Could This Be The End", "Mad About ... LP, Vinyl record album

Look
Solar, 1983. Near Mint-
LP...$9.99
One of the best from the point when Shalamar could still serve things up with the best – a lean, mean, pop-focused approach to 80s groove that's produced with some razor-sharp edges by Leon Sylvers. Howard Hewett's lead vocals have a lightness that really works well with the mix of keyboards ... LP, Vinyl record album

Shotgun IV
MCA, 1980. Near Mint-
LP...$7.99
For a group who never broke big, Shotgun sure got a chance to cut a lot of albums at the end of the 70s – almost all of them with the group's name as the title! This set's their fourth, and it's got an upbeat, bass-heavy groove – one that's still filled with the warmer ensemble funk ... LP, Vinyl record album