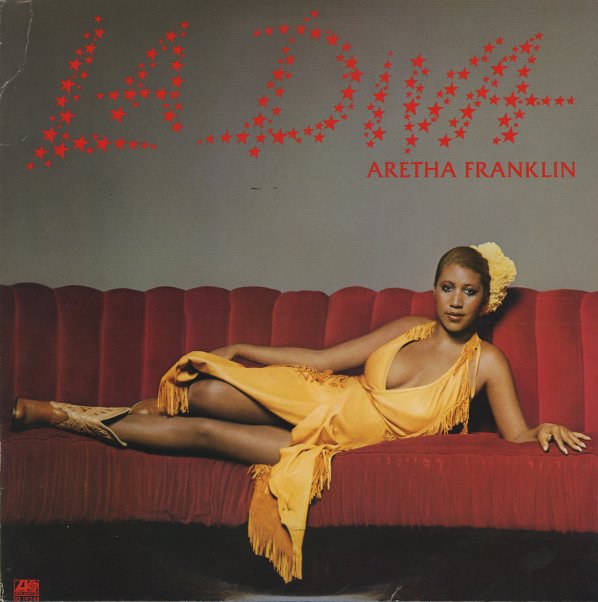 A late 70s gem from Aretha Franklin – and although a bit overlooked, a record that still shows many of the best sides of Aretha's talents for Atlantic in the decade! The main arrangements here are done by Van McCoy – and while they show a bit of a dancefloor spin, they're not as overly disco as you might expect – and instead serve mostly to buoy up Aretha's vocals with a full, rich approach to soul music – one that still lets the lady really take the lead vocally, but also get a wonderfully warm sound that helps mature things nicely. There's none of the too-commercial style of the Arista years going on here – and instead, most of these numbers have an earnest, personal feel that's really great – echoing the best modes of previous 70s albums by Franklin. Titles include "Honey I Need Your Love", "Only Star", "Reasons Why", "You Brought Me Back To Life", "Half A Love", "The Feeling", "What If I Should Ever Need You", and "Ladies Only".  © 1996-2023, Dusty Groove, Inc.
(Cover has a promo stamp and tracklist sticker.)

Whole World's Dancing
Atlantic, 1979. Very Good+
LP...$0.99
The Trammps are still burning strong at the end of the 70s – never losing their Philly groove despite a run on the charts and much bigger fame than most of their contemporaries – and in a way, the album's almost a back-to-basics affair that's pure Philly all the way! Arrangements here ... LP, Vinyl record album