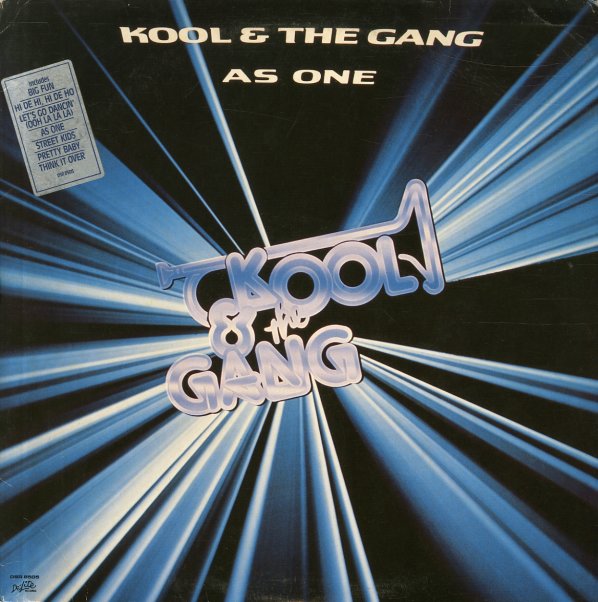 Solid 80s grooving from Kool & The Gang – a group who inspired so many others in the early 80s soul generation, but who could still do it better than most of the rest! The style here is tight and smooth, but never too slick – and Deodato's giving the group some really great production for the album – helping them to focus their energy and soar soulfully, but without resorting to any stiff gimmicks or cliches! There's a great groove running through most of the numbers here – a confident quality that's never too commercial, and which bubbles along nicely throughout. Titles include "Street Kids", "Big Fun", "As One", "Hi De Hi Hi De Ho", "Let's Go Dancin", and "Pretty Baby".  © 1996-2022, Dusty Groove, Inc.
(Includes printed inner sleeve.)

Something Special
De-Lite, 1981. Near Mint-
LP...$19.99
Something Special indeed – as the album was one of the biggest hits for Kool & The Gang, and showed that the group still had plenty of energy left to groove into the 80s! The record features production work by Brazilian music maestro Eumir Deodato – who by this point had become a ... LP, Vinyl record album

Emergency
De-Lite, 1984. Very Good+
LP...$4.99 6.99
Sweet 80s sounds from the legendary Kool & The Gang – one of the key classics from the second chapter of the group – when their lineup and sound were a lot leaner than before, and they managed to cross over big to a much wider audience than before! The upbeat cuts show that the ... LP, Vinyl record album

Funky Stuff/Jungle Boogie
De-Lite, 1977. Very Good+ 2LP Gatefold
LP...$18.99
By the time De Lite pulled together this compilation, Kool & The Gang had started to move away from the harder, jazzy funk of their early years and into a more commercial mode, but not quite hit the big time as they would in just a few short years. This nice double album looks back on the ... LP, Vinyl record album

Best Of Kool & The Gang
De-Lite, Early 70s. Very Good
LP...$24.99
This one's called a "best of", but it's really one of the group's first albums, and it pulls together a host of great early tracks, some of which were only ever on singles! The record's got a shiny gold cover, and it's rare as hen's teeth! Titles include "The Penguin", "Le ... LP, Vinyl record album

Ladies' Night
De-Lite, 1979. Near Mint-
LP...$14.99
A shameless dancefloor cash-in move – but a record that's still pretty darn great as well! You all know the big title cut "Ladies Night", so we won't bother to describe it – but we can say that the group wisely hooked up with Deodato, who produced, mixed, and even played ... LP, Vinyl record album

Music Is The Message
De-Lite, Early 70s. Very Good
LP...$19.99
A pivotal album in the career of Kool & The Gang! This album has the band operating at the top of their early 70s funky powers – and it also shows them dabbling a bit with electronics, which would become a big part of their sound a few albums later. The best example of this is the ... LP, Vinyl record album

Spirit Of The Boogie
De-Lite, 1975. Very Good Gatefold
LP...$14.99
Way more than just a "boogie" album – as you might think from the title – and much more a hard-hitting batch of funky tunes, mixed with some even cooler laidback numbers! The album follows heavily off the style of Wild & Peaceful – mixing together the group's older ... LP, Vinyl record album