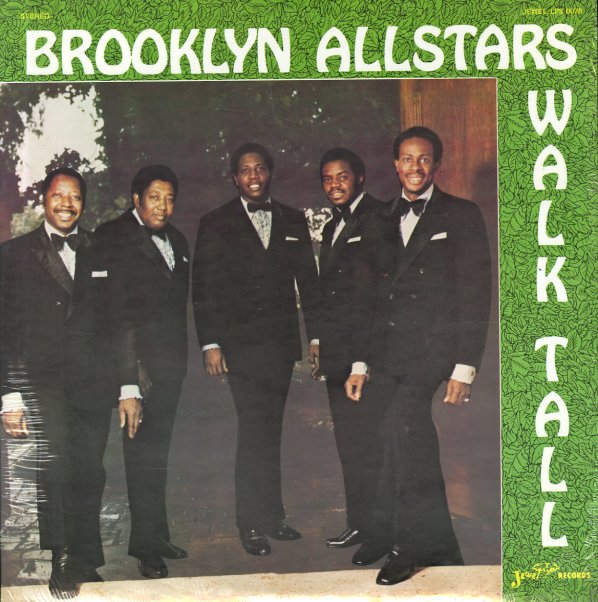 A great gospel group with a really strong deep soul sound – one that comes from some tremendously full harmonies by the male members of this hip quintet! The group may get their name from Brooklyn, but the sound here is much more in the southern soul mode of the Jewel label on which the album was issue – a rolling, rootsy groove that sounds like something coming out of Memphis in the 60s. The group pay tribute to their secular contemporaries with a remake of the Luther Ingram hit – done as "If Loving God Is Wrong (I Don't Want To Be Right)" – and other tunes include "God Specializes", "Trying To Get Home", "Once A Day", "Serving The Lord", "On The Battlefield", and "Soldier's Prayer".  © 1996-2021, Dusty Groove, Inc.
(Cover has a cut corner and some aging.)