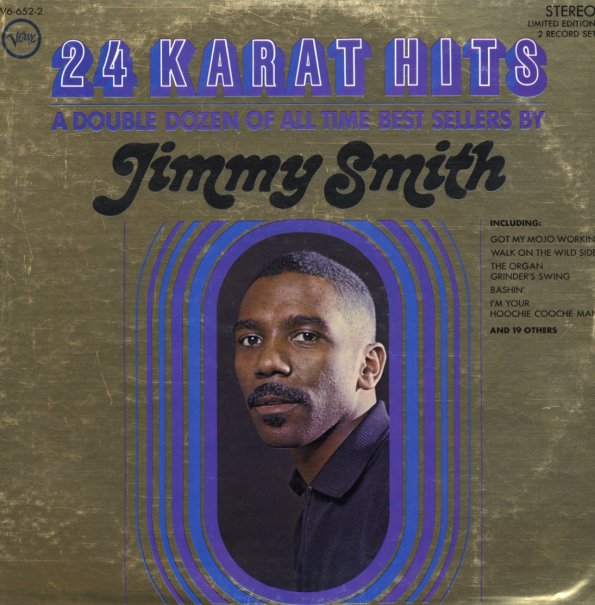 A collection of 24 songs that are not necessarily popular because Jimmy Smith played them – they are, as the front cover indicates, some of the "all time best sellers". The tracks include songs from 12 previous Verve records and they include "Funky Broadway", "Walk On The Wild Side", "Goldfinger", "I'm An Old Cowhand", "John Brown's Body", "C Jam Blues", "I'm Your Hoochie Cooche Man", "Bashin", "One Mint Julep", and "Hobo Flats".  © 1996-2021, Dusty Groove, Inc.
(Cover has a cutout hole, surface wear, and aging.)