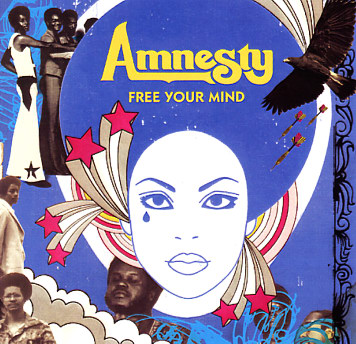 Rare funk from the Indy scene of the early 70s – the long-overdue release of material recorded by a really hard-jamming, horn-heavy combo! Amnesty have a sound that's awash in the best large group influences of the time – a bit of Earth Wind & Fire, a bit of Parliament/Funkadelic, but also a grittier, more guitar-based groove at times too – one that rumbles heavily at the bottom of the rhythms, with a sound that's like Norman Whitfield-era Motown, taken to much greater extremes! There's actually a lot more Detroit going on in the work than Indy – but the horns also have a jazzier, more open-ended quality too – not just parts penned for simple funky rhythms, but ones that show some influence from the more righteous side of the jazz spectrum. The material was all recorded on two dates in 1973 – but only issued here for the first time – and together, the tracks are a great example of a hip group from the underground, really letting loose with a great sense of freedom. There's some vocals on the record, but almost more of a focus on the instrumentation overall – and titles include "Can I Help You", "Love Fades", "Trouble Will Remain", "We've Come A Long Way", "Liberty", "Mister President", "Free Your Mind", "We Have Love", and "Lord Help Me".  © 1996-2022, Dusty Groove, Inc.