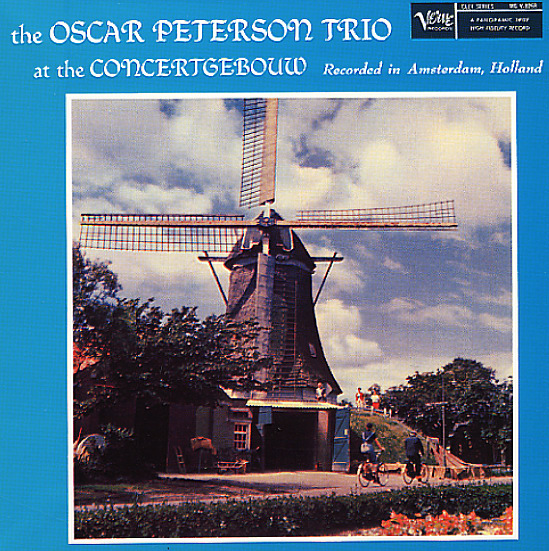 An unusual live date for Oscar Peterson – in that it wasn't actually officially recorded by Verve, but done by a fan and handed over to Norman Granz at a later date! Given that origin, though, the material is quite strong – recorded with an edge that's slightly earthier than usual for Verve at the time, but with a clarity that still beautifully displays Peterson's dynamic work on the keys – as well as the gentle guitar backing of Herb Ellis and the always-great bass tones of Ray Brown. Titles include "Daahoud", "Bluesology", "Budo", "Evrev", and "We'll Be Together Again".  © 1996-2021, Dusty Groove, Inc.
(Verve Inc pressing with deep groove. Cover has split seams, light surface wear, and a mark from sticker removal.)