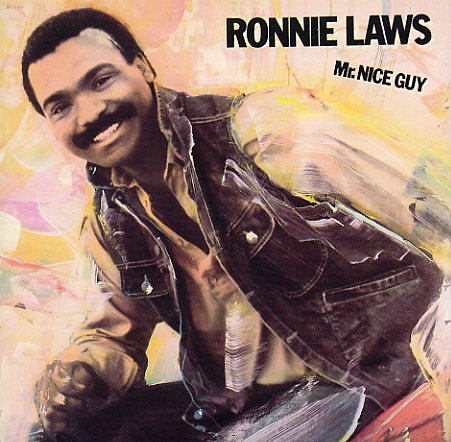 Ronnie Laws really makes a big move into the soul field with this one – quite a big record for him back in the day, and a set that helped Laws reach an even wider audience at the time! Ronnie sings as much as playing sax on the set – and he also handles a fair bit of keyboards too – often laid down alongside the beats with a snapping 80s groove sort of feel – a sound that's just right for the jazzy flourishes you'd expect from Laws, but much more soul-styled than before! Laws' vocals have a lightness that really works well with the instrumentation – a catchy charm we wouldn't have expected a few years before. Tracks include "In The Groove", "Mr Nice Guy", "Big Stars", "Can't Save Tomorrow", "What Does It Take", "Off & On Again", and "Rolling".  © 1996-2021, Dusty Groove, Inc.

Solid Ground
Liberty, 1981. Near Mint-
LP...$9.99
Sweetly soulful grooves from the great Ronnie Laws – and proof that even in his smoother years, Ronnie still had plenty of room for jazz in the mix! There's a fair bit more electric work on the set than before – especially in the keyboards, which bring lots of electro tones on mini-moog ... LP, Vinyl record album