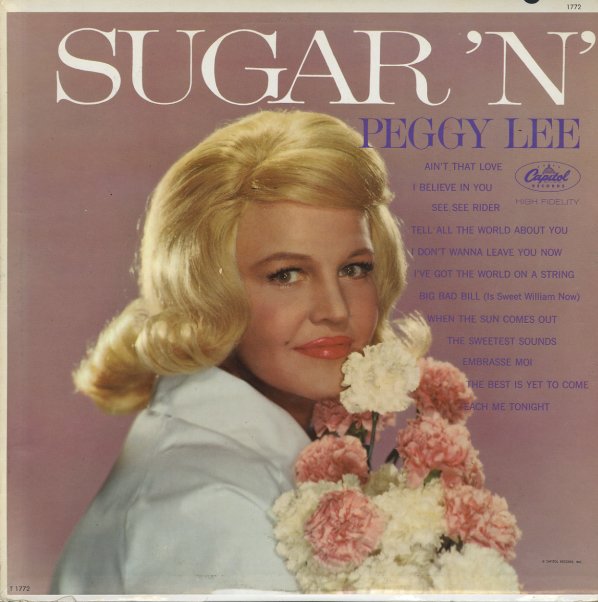 Peggy's sweet as sugar, but working here with a heck of a lot of spice – thanks to arranger Benny Carter, who brings in a wonderfully jazzy feel to the set! The album's one of Peggy's best from her comeback years at Capitol – and a prime example of the syncopated, slinking mode of arrangement that was the best 60s discovery for the Peggy Lee voice – and which allowed her to create a unique space for her own maturing sexuality in pop music. The whole thing's great, and avoids the cliches of some of the other Peggy Lee albums from the time. Titles include "I Believe In You", "Ain't That Love", "The Best Is Yet To Come", "The Sweetest Sounds", "Teach Me Tonight", "Tell All The World About You", and "Big Bad Bill". Plus, CD features 3 bonus cuts – including "Amazing", "Loads Of Love", and "I'll Be Around".  © 1996-2020, Dusty Groove, Inc.
(Rainbow label pressing.)