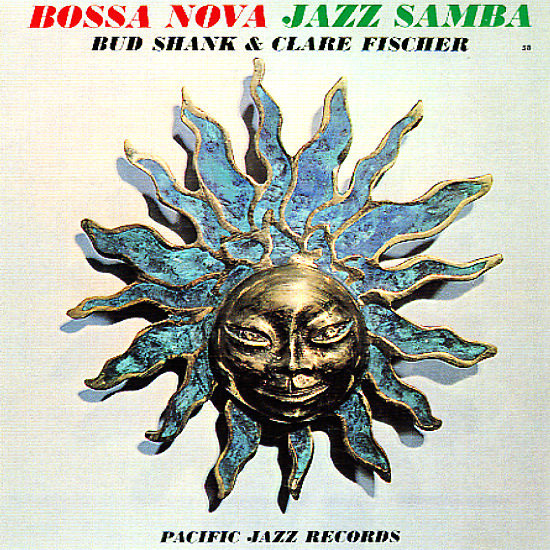 A sublime little set all the way through – an early 60s date from the west coast scene – and one that was almost as important to that side of the country as the Verve bossa records were to New York! Bud Shank's in the lead on alto sax – no flute at all this time around – blowing sharp and soulfully, in a way that's even more deft than most of his other albums! But the equal star here is the young Clare Fischer – who plays piano in the group, and also contributed a host of original tunes to the set – fresh numbers that are way different than the usual "bossa-ized" standards, or American remakes of Brazilian classics. Ralph Pena is a key member of the group on bass – and Larry Bunker plays some vibes as well. Titles include "Joao", "Pensativa", "Samba Guapo", "Samba Da Borboleta", and "Que Mais?".  © 1996-2021, Dusty Groove, Inc.
(Stereo pressing, still sealed with some sticker remnants on front.)