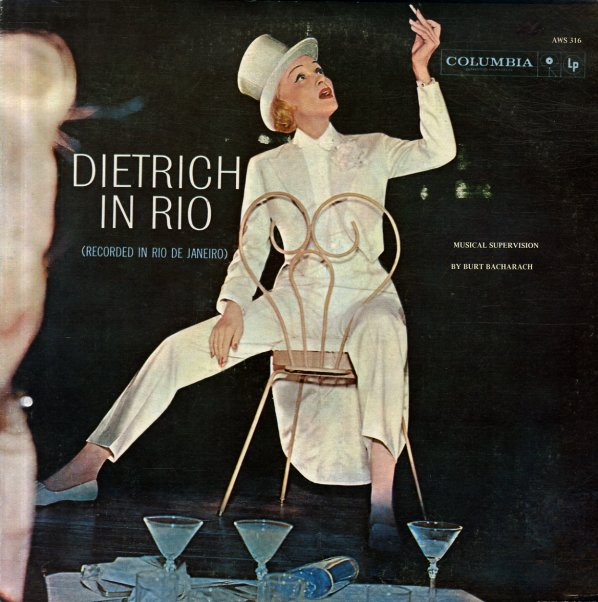 A pretty darn compelling late album from Dietrich – for a number of reasons! One might be the cover, which features her in a stunning white tuxedo and top hat. Another might be her voice, which is warbly and very booze drenched – much more compelling than even on earlier records. Still another might be the arrangements, which are handled by a young Burt Bacharach – swept up by Marlene and put to work at a very early point in his career. Tracks include "Makin Whoopee", "I Will Come Back Again", "Luar Do Sertao", "One For My Baby", "Look Me Over Closely", "Well All Right", and "The Boys In The Backroom".  © 1996-2022, Dusty Groove, Inc.
(CSP Collector's Series pressing.)

Take Five – Recorded Live At Basin Street East (Columbia Special Products)
Columbia, 1961. Very Good+
LP...$6.99 8.99
A rare jazz vocal album from Dave Brubeck – one that has the famous pianist working here with Carmen McRae – who served up a hose of vocal versions of some of Dave's best compositions! The format is a great one – a really fresh take on the Brubeck idiom, and a setting that makes ... LP, Vinyl record album