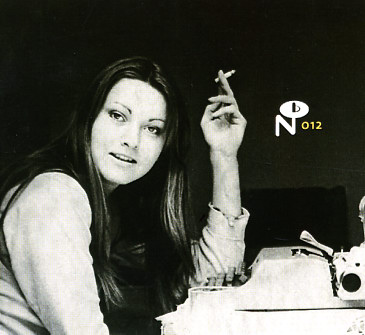 What A Beautiful Place

A beautiful early 70s debut LP from a then 20 year old, Halifax-reared Catherine Howe – produced and arranged by US jazz pianist Bobby Scott in a mode that manages to feel lush and opulent while never belying Catherine's warmth, intimacy and maturity! The sound is warmly baroque, and Catherine's lovely vocals and evocative songwriting style is sheerly natural – recorded in a fairly stripped down setting and fleshed out with strings by the London Symphony Orchestra. The mix of intimacy and grandeur makes the record a bit of stylistic cousin to Nick Drake's Bryter Layter – we take our Drake seriously and we don't throw that comparison out lightly! Released by a doomed Reflection Records, which closed up shop the same year – the album was almost instantly relegated to obscurity, but has become the stuff of legend over the years – thanks to reissues, and interest in Howe's music from younger generations. Titles include "Up North", "On A Misty Morning", "Nothing More Than Strangers", "My Child", "The Innocence Of A Child", "It Comes With The Breezes" and more – plus the bonus demo "In The Hot Summer" – which led to the next phase of Catherine's career at RCA.  © 1996-2022, Dusty Groove, Inc.