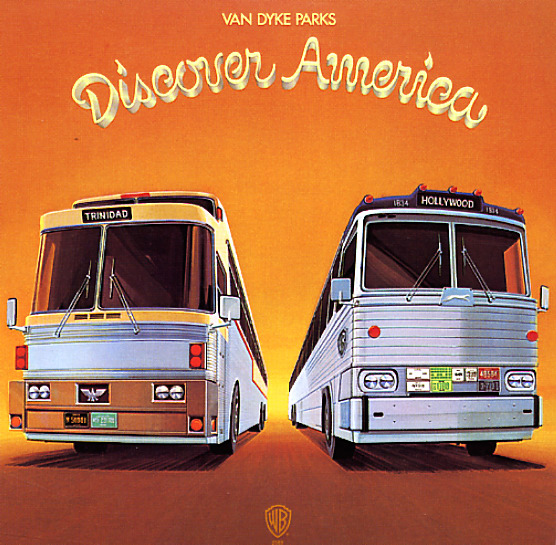 Van Dyke Parks is at his finest here – painting a unique picture of early 70s America that's touched with the same mad vision as his classic Song Cycle album! The styles are a bit wider-ranging here – and in a way, Parks seems to draw from a sonic space as wide-ranging as the "discover America" bus trip promised on the cover – shifting between Caribbean, country, classical, and soul styles – but all in a weird blend that comes off sounding very strange in the end. As before, there's a certain sense of nostalgia to the music – but any sweetness is undercut by the offbeat arrangements and instrumentation. Titles include "Jack Palance", "Bing Crosby", "John Jones", "FDR In Trinidad", "Stars & Stripes Forever", and "G-Man Hoover".  © 1996-2022, Dusty Groove, Inc.
(Vinyl has a short click in one spot, but is great overall. Cover has a cut corner, a bit of light wear, and a small bit of seam splitting – but is nice overall.)

Clang Of The Yankee Reaper
Warner, 1975. Near Mint-
LP...$14.99
The last of Van Dyke Parks' classic early trio of albums for Warner Brothers – and possibly the straightest of the bunch! Parks continues the exploration of ersatz Americana explored on his previous two records – but his approach here is sometimes a bit gentler, almost sentimental at ... LP, Vinyl record album