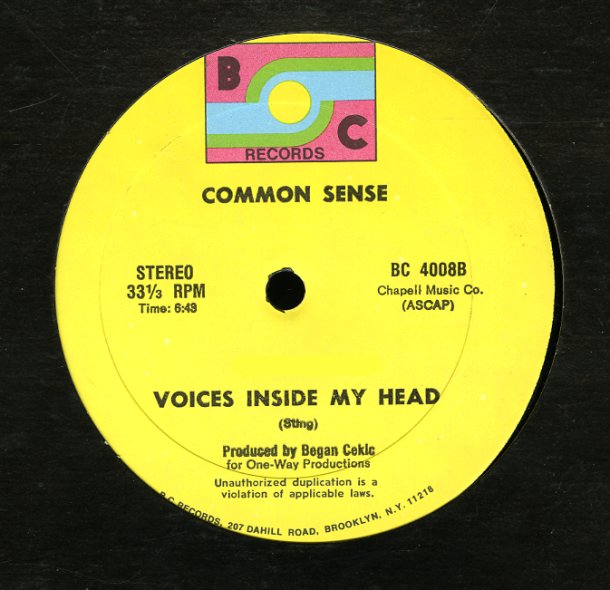 Voices Inside My Head (voc, inst)

An excellent early 80s groover – and a cover of the Police hit, no less! The track takes the original song, and turns it into a space-infused club track – mostly instrumental on both sides, with the vocal chorus just floating around in the background.  © 1996-2022, Dusty Groove, Inc.