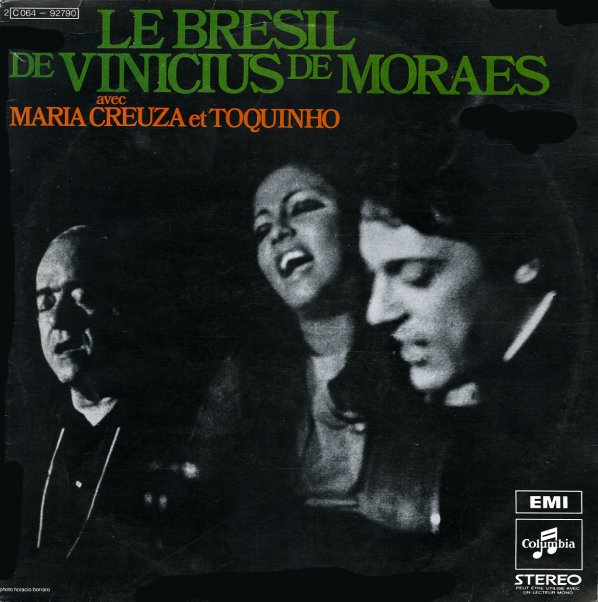 Recorded in Buenos Aires, but a strong set of Brazilian tunes by these three greats! Singer Maria Crueza was at her best during the early 70s – and working here with the classic bossa team of poet Vinicius De Moraes and guitarist Toquinho, she really sparkles with a sound that's some of her best singing on record. The trio sing separately or together from track to track – and the set includes a lot of great work that's in the Black Orpheus or Afro Sambas mode. Titles include "Canto De Osshana", "A Felicidade", "Tomara", "Minha Namorada", "Valsa Da Tunisia", "Lamento No Morro", and a great version of Caetano Veloso's "Irene"!  © 1996-2021, Dusty Groove, Inc.
(Early 70s pressing in a flip-back cover, with some wear and aging.)