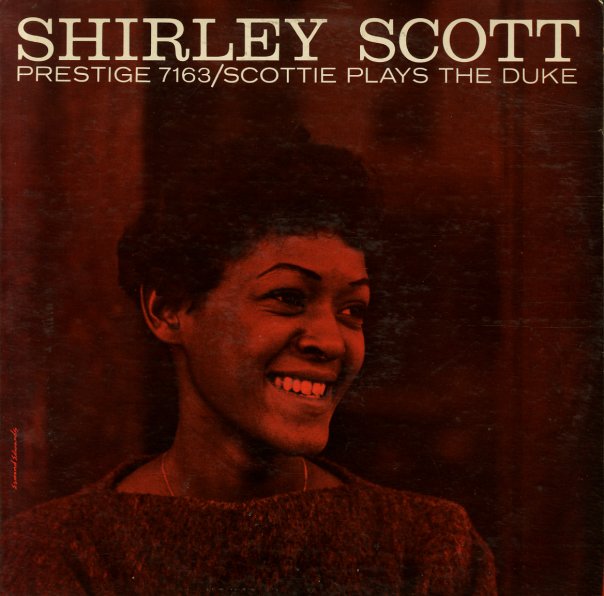 Shirley Scott plays both the organ and piano with George Duviver on bass and Arthur Edgehill on drums for these eight Duke Ellington tracks. The selections include "Caravan", "Just Squeeze In", "C Jam Blues", "Prelude To A Kiss", "In A Sentimental Mood", "In A Mellow Tone", "I've Got It Bad", and "Just A-Sittin & A-Rockin".  © 1996-2021, Dusty Groove, Inc.
(Yellow & black label NJ pressing, with deep groove and RVG stamp. Cover has light wear.)