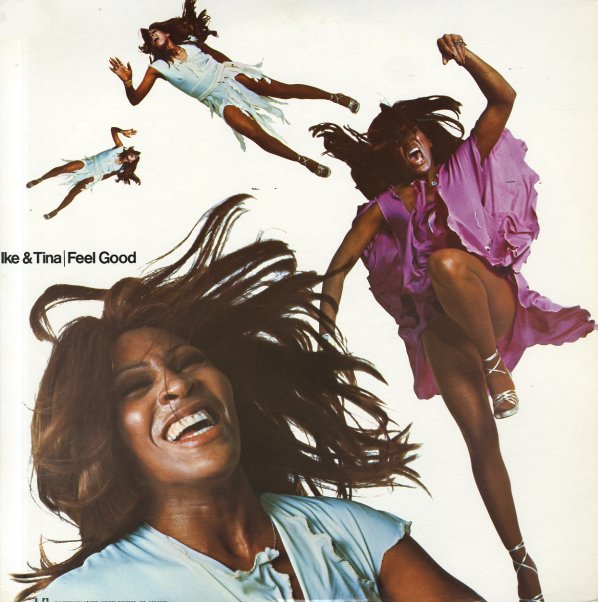 Feel Good is a tight little set that shows Ike Turner sitting equally on the fence between funk and rock – sometimes kickin into the kind of tightly snapping rhythms heard on his best late 60s work, at other points strutting into more of a guitar-based groove that he was using for the mainstream audiences a the time! Fortunately, the whole presentation of the record is surprisingly lean – not as much of the hokey styles that you might expect, and a powerfully packed approach that still has Tina's vocals belting out at the front of the mix. Titles include "Black Coffee", "The Chopper", "I Like It", "Feel Good", "Kay Got Laid Joe Got Paid", "If I Knew Then What I Know Now", and "Bolic".  © 1996-2021, Dusty Groove, Inc.
(180 gram pressing on Pure Pleasure!)