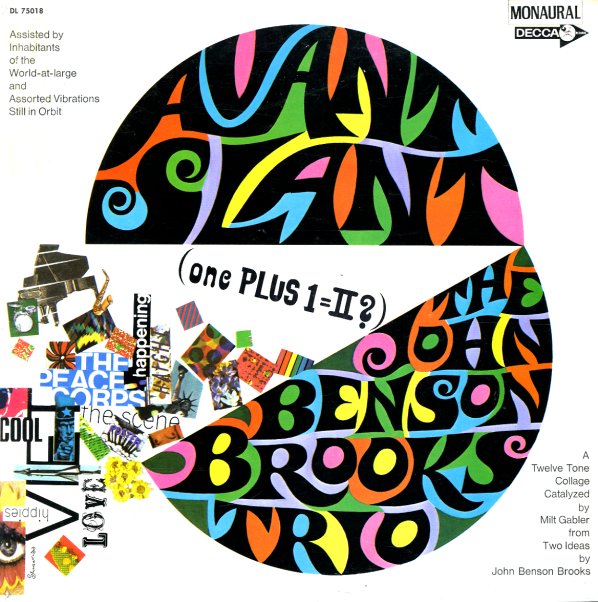 A wild one! The set features a strange collage of sounds, songs, effects, and a slight bit of jazz – composed by John Benson Brooks, who'd done some earlier modernist work for Riverside in the early 60s, but who here is working in a mode that's sort of to jazz what structural film of the late 60s was to cinema. Milt Gabler put together a lot of the tracks – drawing from a rich catalog of blues, pop, folk, and rock songs – and overall, the album is more of a "happening" than anything else. A bit hippy dippy – like some of those early structuralist films – but in a way that like those films, still stays quite fresh over the years!  © 1996-2021, Dusty Groove, Inc.
(Mono white label promo. Cover has light wear and aging.)

Love Byrd
Elektra, 1981. Near Mint-
LP...$24.99
Funky electric groove from Donald Byrd – a post Mizell effort that's still burning in a crisp groove similar to his classic 70s Blue Note work – one that's absolutely dripping with keys! Isaac Hayes produced this one, and also played a lot of those keyboards on the session with Byrd's ... LP, Vinyl record album

Don Ellis At Fillmore
Columbia, 1970. Near Mint- 2LP Gatefold
LP...$11.99
Funky madness at the legendary Fillmore Auditorium – and a searing set of tracks that rivals the best studio work from trumpeter Don Ellis! The feel here is really open, spontaneous, and inventive – and tunes are a lot more extended than on most of Don's studio sides from the time ... LP, Vinyl record album

Man With The Horn
Columbia, 1980. Near Mint-
LP...$16.99
A nice little later album from Miles Davis – one that still has some sharp edges and interesting moments that refine the earlier electric sound of the 70s! Teo Macero's still producing here, and he gives the record a focus that really brings the best sound out of the tunes – and ... LP, Vinyl record album

Weather Report (1982)
Columbia, 1982. Near Mint-
LP...$9.99
A self-titled early 80s set from Weather Report – not to be confused with the group's debut over a decade before – and one that still has key core members Wayne Shorter, Joe Zawinul, and Jaco Pastorius in place! Shorter's reeds seem even more angular than before – really chopping ... LP, Vinyl record album