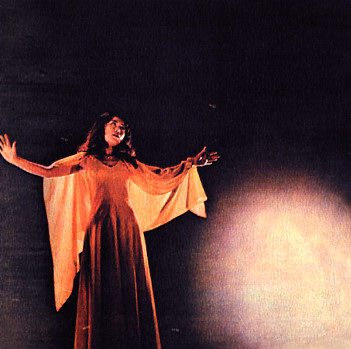 A tasty, trippy little set of Korean psychedelic folk from Kim Jung Mi – another wonderful little batch from a great run of work in the early-to-mid 70s! Wind has a breezier, more meditative approach on some numbers – with some strings and a fair stripped down sound supporting her sweetly soaring vocals – but it's also got the tripper electric guitar groove that we love from her other records of the period! 10 groovy tracks in all. (Sorry, we can't provide the song titles – notes are in Korean!)  © 1996-2021, Dusty Groove, Inc.