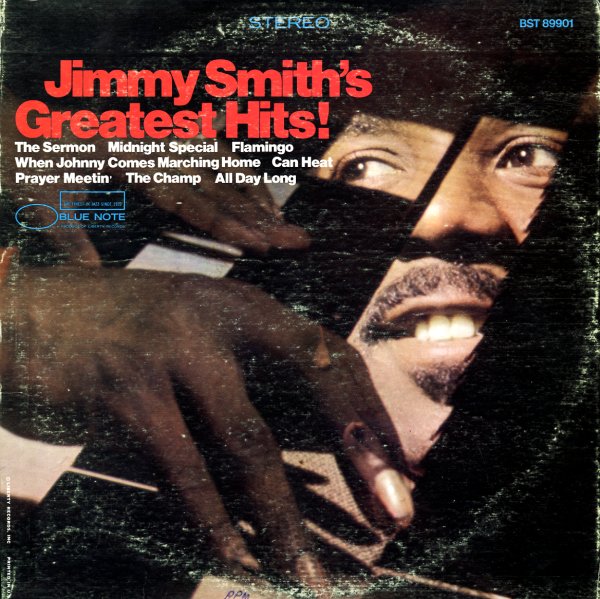 Respect
Verve, 1967. Very Good- Gatefold
LP...$6.99
Mad respect for Jimmy Smith – a cool small group record that's different than some of his bigger-concept, larger arrangement records for Verve! The groove here is tight and right on the money – and the tracks are a bit longer than other Verve sessions too – as the master really ... LP, Vinyl record album