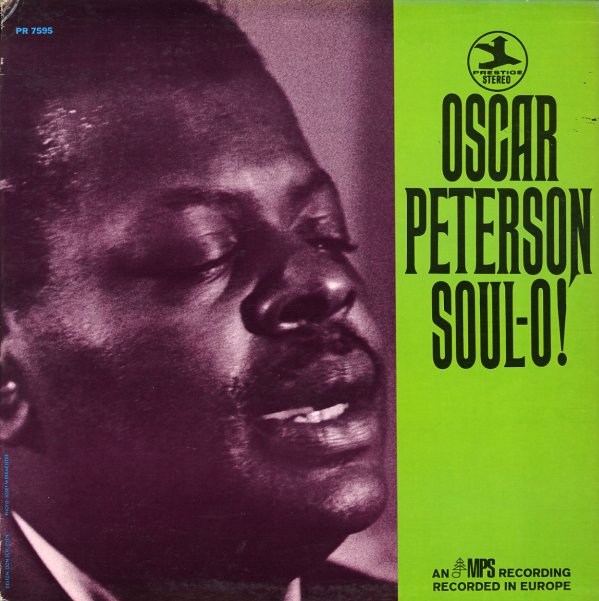 Soul-O! (aka Exclusively For My Friends Vol 4 – My Favorite Instrument)

The fourth in the MPS reissue series of long unreleased late 60s recordings from the home of producer/engineer Hans Georg Brunner-Schwer finds Oscar Peterson in a glorious solo piano mode! All of the recordings in the series were from very relaxed, loose sessions that were some of Peterson's favorite of the time – and they're done in a mode that has Oscar playing loosely and soulfully throughout. Titles include "Someone To Watch Over Me", "Perdido", "Body And Soul", "Bye, Bye Blackbird", "Lulu's Back In Town", Little Girl Blue", "Who Can I Turn To", "Take The 'A' Train" and more.  © 1996-2020, Dusty Groove, Inc.
(Blue circle logo label stereo pressing. This copy was sealed, but opened to determine pressing, and remains unplayed. Cover has a cutout hole.)