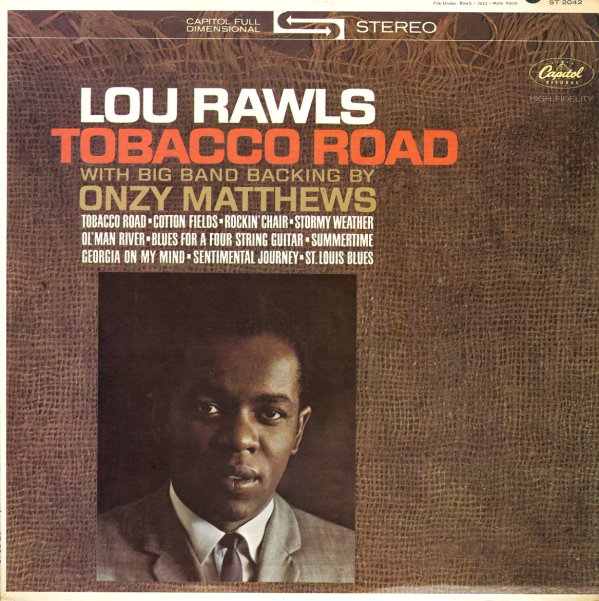 A real breakthrough for Lou Rawls – a set that again paired him with arranger Onzy Matthews, and which even more deeply explored the unique space between jazz, soul, and the blues that became Rawls' prime territory back in the 60s! Matthews' backings are hip and jazzy throughout – filled with bold horn touches from players that include Lou Blackburn, Curtis Amy, Sonny Criss, and even Horace Tapscott – who's playing trombone here instead of his more familiar piano. Ray Crawford's guitar underscores a good number of the tracks here with that clean, lean, single-note style of his – but Lou is the clear star throughout with his deeply-voiced lyrics of older familiar tunes. Titles include his landmark reworking of "Tobacco Road", plus "Summertime", "Stormy Weather", "Rocking Chair", "Ol Man River", "St Louis Blues", and "Sentimental Journey".  © 1996-2022, Dusty Groove, Inc.
(Mono rainbow label pressing. Cover has light ring & edge wear, aging. Includes Capitol inner sleeve.)