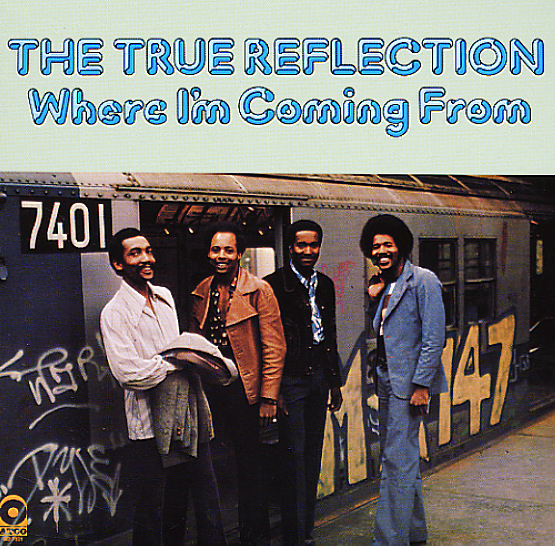 Where I'm Coming From

An excellent group from the 70s East Coast scene – one with a heavy harmony sound that should have made them huge! The record was cut during the prime early days of the Sigma Sound Studios – and the record features arrangements by Philly greats like Norman Harris, Ronnie Baker, and Vince Montana – all working here in a mode that's similar to that applied to The Spinners after they made their move to Atlantic, but with a bit more edge. Yet it's the vocal harmonies that really take the cake – as they mix together deep-rooted Temptations-esque righteous vocals with sweeter harmonies in the New Jersey falsetto mode – a perfect blend that's carried off with a great deal of power here! The style is very compelling, and great on just about every cut – and titles include "Society", "That Was Yesterday", "It Really Hurts", "Look At All The Lonely People", and the great cut "Whispers".  © 1996-2022, Dusty Groove, Inc.
(Original pressing! Cover has a cutout mark and a light mark from an old sticker – but overall, this is a nice copy.)

Best Of Donny Hathaway
Atco, Early 70s. Very Good
LP...$14.99
A classic overview of the too-short career of 70s soul genius Donny Hathaway – issued by Atlantic Records right after Donny was taken from us all too soon! There's a really nice mix of tracks here – album cuts and singles, and tunes that show both the farther reaches of sophisticated ... LP, Vinyl record album