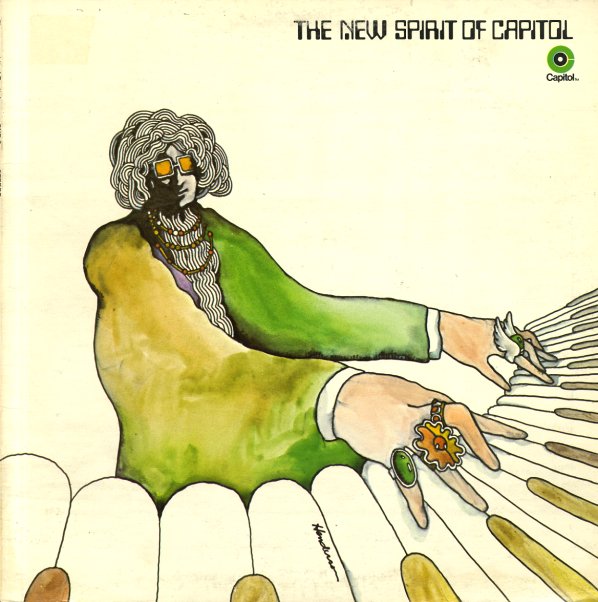 A great collection of all things hip on Capitol at the end of the 60s – some of the label's headiest rockers, plus a few more bits from left field! The album has a great trippy cover of a long-armed dude playing piano in a very Peter Max sort of pose – and titles include "Broke & Hungry" by Guitar Jr, "A Little Girl Lost" by David Axelrod, "Boy Soldier" by Edgar Broughton Band, "Jamie" by Hedge & Donna, "Little Girl" by Steve Miller, "Red Cross Store" by Mississippi Fred McDowell, and "It's Time" by The Sons.  © 1996-2021, Dusty Groove, Inc.
(Lime green label stereo pressing. Cover has minimal wear and aging.)