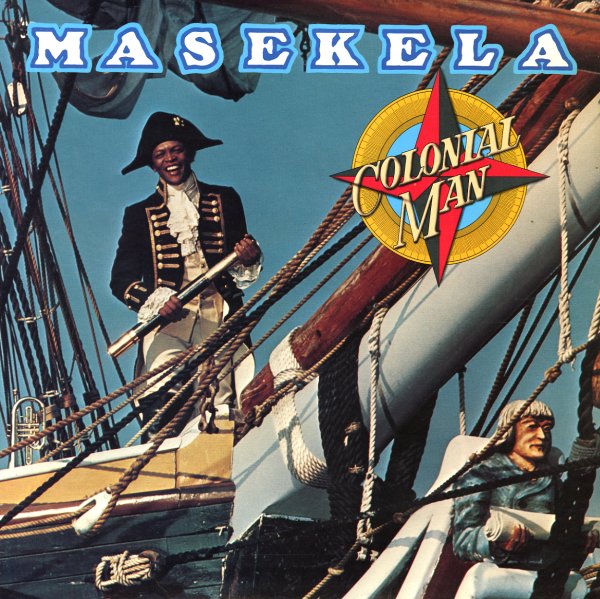 A later album from Hugh Masekela – but still plenty darn hip, way more so than most of the other artists on the Casablanca label at the time! Hugh's South African groove is still very firmly in place here – mixed with a slightly warmer LA soul sound, but expanded with loads of great arrangements that get a lot more complicated than before – and which bring in some great keyboard and percussion bits. Sivuca makes a wonderful appearance on 2 tracks – using that blend of voice and accordion that sounds so great – and the whole record's got a depth and sense of soul that you'd never guess from it's silly title and cover! Titles include "Colonial Man", "Song For Brazil", "Vasco Da Gama", "For The Love Of You", "Witch Doctor", and "Cecil Rhodes".  © 1996-2021, Dusty Groove, Inc.
(Cover has a cut corner.)

Makin' Waves
Imperial, Late 60s. Near Mint-
LP...$19.99
A killer batch of funky organ tracks by the obscure west coast player George Semper! George knocked around the soul scene of the late 60s and early 70s – handling work on a number of great funky 45s – but this is the only album we've ever seen that features him as a leader, and it's a ... LP, Vinyl record album

Trouble Man (non-gatefold pressing)
Motown, 1972. Near Mint-
LP...$16.99
Marvin Marvin Marvin – just when we thought you couldn't impress us any more, you took it to the next level! Trouble Man is a heck of a wonderful surprise from an artist that most folks really only knew as a singer – a fantastically funky blacksploitation soundtrack, conceived and ... LP, Vinyl record album