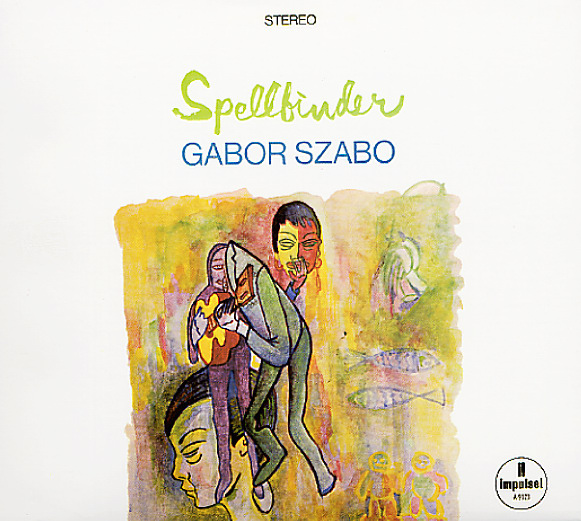 Breezy brilliance from the legendary Gabor Szabo – and one of the grooviest albums the Hungarian guitarist recorded during the 60s! The set's almost a tightening up of the style that Szabo first brought to prominence in his work with Chico Hamilton – a sound that's got roots in gypsy guitar, but which is also influenced by modern, Latin, and soulful styles of the 60s. There's an airiness to Gabor's guitar that's almost trippy – but which never goes too far out on the set, and really keeps a focus on the backings laid down by the album's highly rhythmic combo of Chico Hamilton, Ron Carter, Victor Pantoja, and Willie Bobo. Szabo makes a surprisingly great vocal appearance on 2 tracks – "Bang Bang" and "Autumn Leaves" – both sung in this weirdly dark style that's a great contrast to the lightness of his work on guitar. Other titles include Gabor's hit "Spellbinder", plus "Gypsy Queen", "It Was A Very Good Year", "Yearning", and "Cheetah".  © 1996-2021, Dusty Groove, Inc.
(Orange & black label stereo pressing with Van Gelder stamp. Cover has light wear.)