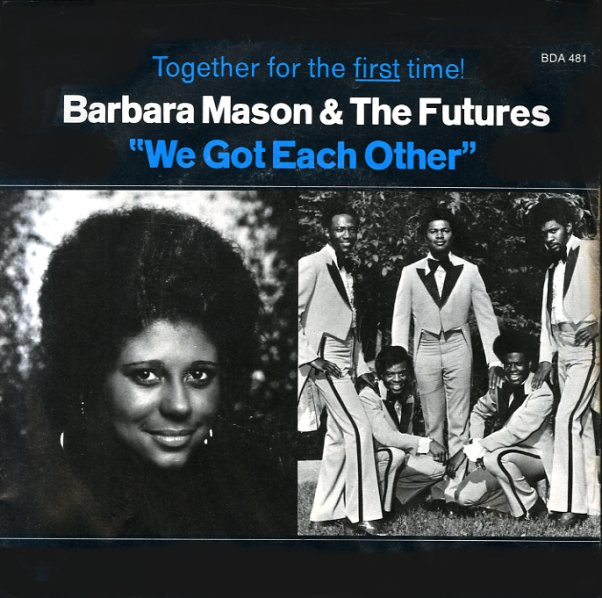 We Got Each Other/Make It Last

An excellent team-up, and not issued on any LP! "We Got Each Other" features Barbara singing with the group – in a gal-meets-group duet that's done in a smooth mellow 70s loving tone that really works well with both of them. "Make It Last" has a great groove – smooth and modern, with a strident club sound that's pure east coast!  © 1996-2021, Dusty Groove, Inc.
(Sleeve has light wear on the top edge.)