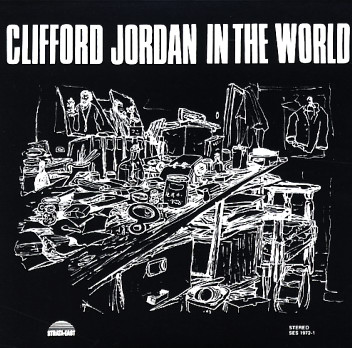 One of the most ambitious albums ever recorded from Clifford Jordan – a totally righteous little effort that was the first installment in the legendary Dolphy Series on the Strata East label! The set has Jordan working with a larger group than usual – an all-star array of players that includes Kenny Dorham and Don Cherry on trumpets, Julian Priester on trombone, Wynton Kelly on piano, Wilbur Ware and Richard Davis on bass, and drums from Roy Haynes, Ed Blackwell, and Albert Heath. The titles are originals by Jordan – long numbers that flow out slowly as they build up new musical ideas – all in a style that's somewhat laidback and spacious, very organic, and a bit like some of the best early 70s Impulse material by Archie Shepp. Album features 4 long tracks – "872", "Vienna", "Doug's Prelude", and "Ouagoudougou".  © 1996-2022, Dusty Groove, Inc.
(Original pressing! Cover has some very light wear, but this is a great copy!)

Inward Fire
Muse, 1978. Near Mint-
LP...$34.99
Quite an unusual set for Clifford Jordan – a large group effort that stands in stark contrast to some of his smaller combo work of the time! The ensemble features an incredible array of respected avant and soul jazz players – including Pat Patrick, Muhal Richard Abrams, Dizzy Reese, ... LP, Vinyl record album

Ring
ECM, 1974. Near Mint-
LP...$19.99
One of Gary Burton's more free-flowing albums of the 70s – a bit more fusion than some of his other work of the time, with key guitar contributions from Mick Goodrick and a young Pat Metheney! The album's still filled with plenty of Burton's great work on vibes, but the guitars also soar ... LP, Vinyl record album

Caca A Raposa
RCA (Brazil), 1975. Very Good+
LP...$24.99
Maybe one of the best-remembered albums from the legendary 70s run of Joao Bosco – a set that manages to bring together jazzy instrumentation, samba rhythms, folksy elements, and a whole new level of songwriting – all in a blend that beautifully announces Bosco's genius to the world! ... LP, Vinyl record album