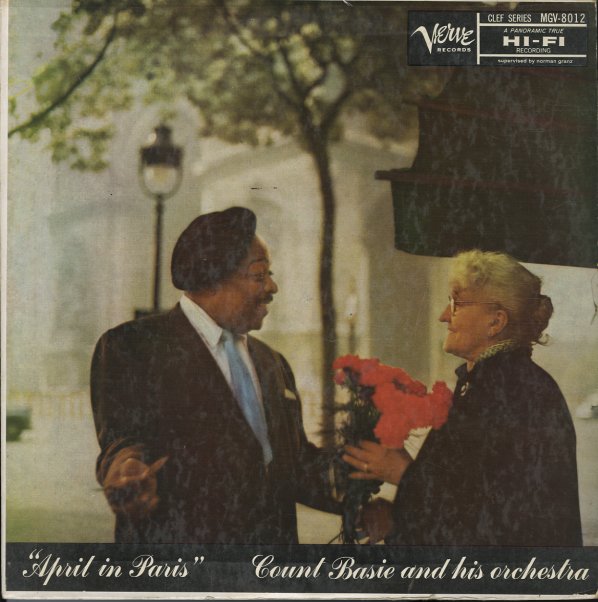 One of Basie's biggest albums – but still a work of pure genius! "April In Paris" is one of the darkest jazz standards ever written, and it never sounded better than in this original version, which features that great ending in which Basie and the band stop, then start, then stop – leaving you completely unresolved at the finish. The group's a strong one – with Frank Foster, Frank Wess, Freddie Green, Sonny Payne, Marshall Royal, Henry Coker, Joe Newman, and Thad Jones – and tracks include "Shiny Stockings", "Midgets", "Mambo Inn", "Sweety Cakes", and "Corner Pocket".  © 1996-2021, Dusty Groove, Inc.
(MGM pressing. Cover has light wear and aging, half split seams and a bit of pencil on the back.)