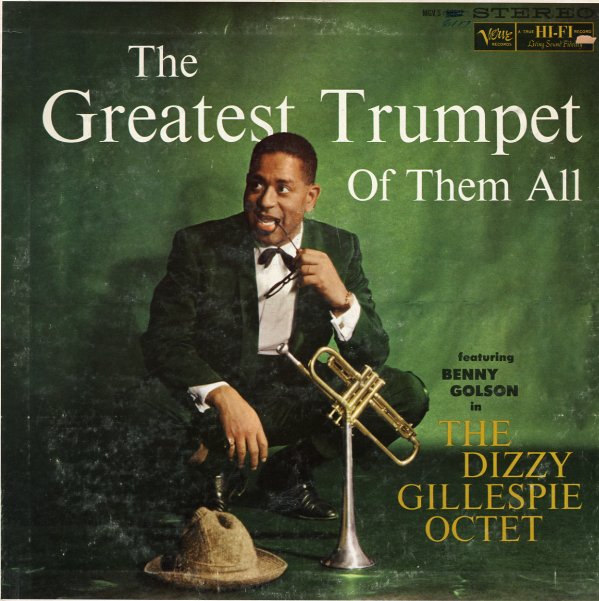 Greatest Trumpet Of Them All

One of the strongest sides to feature Diz's mid 50s format – a larger group than usual, an octet, with a more tightly arranged style that showed that he continued to develop as an artist long after the days of his early bop sides. The album's also noteworthy for demonstrating Dizzy's great talent for picking strong young talent – as the group features the writing and playing of Gigi Gryce and Benny Golson, plus work by Ray Bryant, Henry Coker, Tommy Bryant, and Charlie Persip. Tracks are short, but backed with that edgey energy that Gryce and Golson brought to their best work – and titles include "Blues After Dark", "Night At Tony's", "Smoke Signals", and "Shabozz".  © 1996-2021, Dusty Groove, Inc.
(Stereophonic pressing with deep groove. Cover has a small sticker on front, discoloration from age on back, and some clear tape on the top seam.)

Sweet Soul (Japanese pressing)
Trio (Japan), Late 60s. Near Mint-
LP...$24.99
A fantastic bit of late 60's funk, and a surprisingly slammin' record from Dizzy! The album was clearly recorded at the same time as Dizzy's classic Soul & Salvation session – as it's got the same funky feel as that record, one that stands as one of our all time favorite albums by Diz. ... LP, Vinyl record album