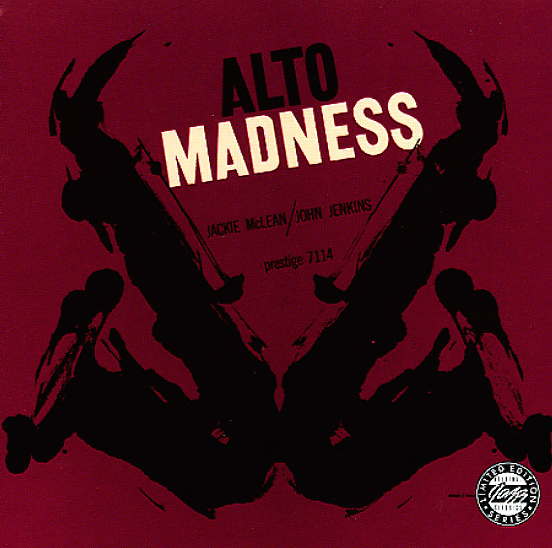 A rough little killer from Jackie McLean – less well-formed than some of his Blue Note sides, but in a way that really gives him a great soulful edge! There's an open-blowing quality to the record, one that's almost a blowing session, but a bit tighter overall – a hint of the energy that McLean would bring to later dates, but a bit less polished overall. The group's a quintet – with John Jenkins on alto, blowing next to Jackie, plus Wade Legge piano, Doug Watkins on bass, and Art Taylor drums – and titles include "Alto Madness", "Windy City", "Easy Living", and "Pondering".  © 1996-2020, Dusty Groove, Inc.
(OJC pressing. Cover has an index label and clear tape on the spine.)