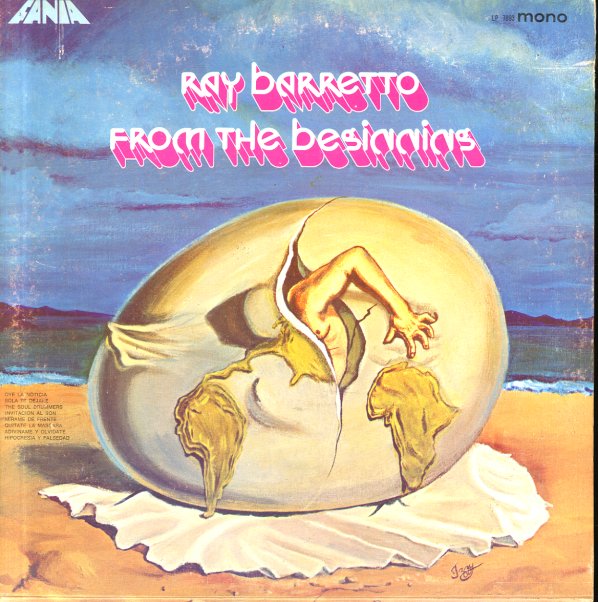 Ray's taking it back to the beginning on this one – getting a bit more spare and percussive, showing off a strong understanding of the history of the roots of the Afro-Cuban sound. Adalberto Santiago's on vocals on the album – and tracks include "Oye La Noticia", "Hipocresia & Falsedad", "Invitacion Al Son", and the killer "The Soul Drummers", one of Ray's best Latin Soul cuts!  © 1996-2021, Dusty Groove, Inc.
(Original multi-color label pressing in a heavy gatefold cover. Cover has a cutout mark and a hi fi sticker in one corner, but this is a great copy!)

Good – The Bad – The Ugly
Fania, 1975. Near Mint- Gatefold
LP...$28.99
A roots-oriented 70s classic from Willie Colon – one of his standout albums of the decade! Willie continues his "life of crime" approach for the early 70s – moving into an old west look on the cover, and matching that with a slightly rootsier sound on the album! The real ... LP, Vinyl record album

Soca Me Nice
Concord, 1988. Near Mint-
LP...$19.99
Late 80s Latin from Mongo Santamaria – but still pretty darn nice! The set's got Santamaria stretching out in the rhythms a bit more from the early days – and also picking up some of the jazz flavors of the Concord label as well – but overall, the proceedings are still quite ... LP, Vinyl record album