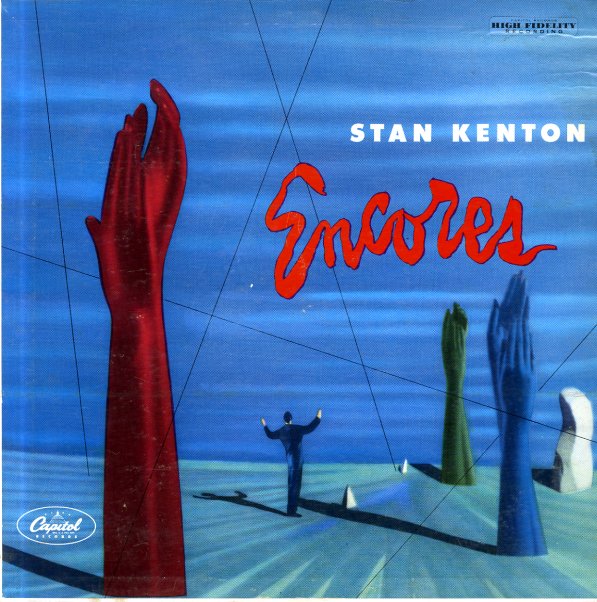 A collection of some of Kenton's early 50s hits. Most of the tracks that are included were arranged by Pete Rugolo and they include "Peg O' My Heart", "He's Funny That Way", "Capitol Punishment", "Painted Rhythm", "Lover", "Somnambulism", "Abstraction", and "Chorale For Brass, Piano & Bongo". Packaged in a very cool cover featuring a conductor standing amidst a odd Dali-esque landscape of hands and lines.  © 1996-2021, Dusty Groove, Inc.
(Purple label pressing with deep groove.)