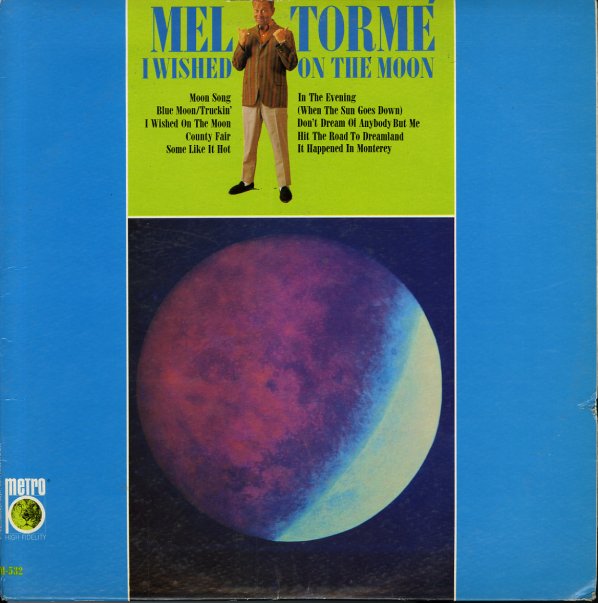 Very groovy set of vocal tracks recorded by Mel during his years with Verve, and featuring some haunting arrangements by Russ Garcia. Tracks have a beautiful mellow spacey sound, as the Velvet Fog rolls in, and washes over the arrangements with vocals like "Moon Song", "Don't Dream Of Anybody But Me", "Hit The Road To Dreamland", and "I Wished On The Moon". The album was originally titled "Swingin On The Moon", and issued by Verve – but is repackaged here a few years later by MGM/Metro.  © 1996-2021, Dusty Groove, Inc.

Prelude To A Kiss
Tops, 1957. Very Good+
LP...$9.99
One of the best-ever Mel Torme jazz vocal albums – right up there with his best Bethlehem recordings! The set was recorded with Marty Paich's Dek-tette, who set the tone perfectly for the warmly perfect style of The Velvet Fog – and who, like Mel, manage to be totally polished, yet ... LP, Vinyl record album