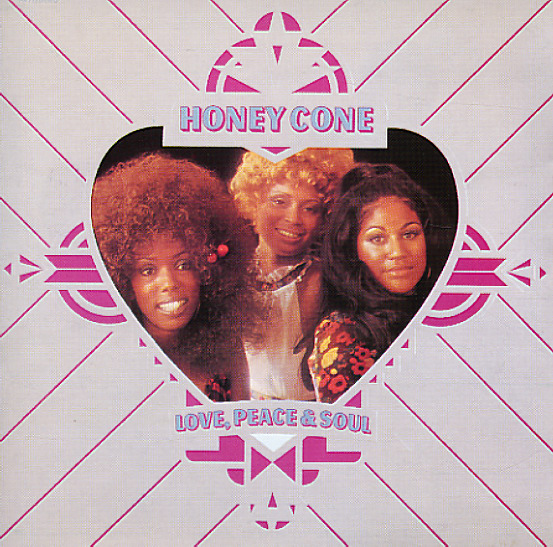 The last Honey Cone album for Hot Wax Records – and a set that's still very much at the top of their game! As with other artists from the Holland-Dozier-Holland stable of hits in the 70s, Honey Cone have a massive amount of force behind their groove – so much so, the record might still be great even if the vocals were nothing special – but fortunately, the trio of Edna Wright, Shellie Clark, and Carolyn Willis bring plenty to the table too – a great sense of individual soul and all-together harmonies! Titles include "Who's Lovin You", "Stay In My Corner", "I Lost My Rainbow", "Ace In The Hole", "Sittin' On a Time Bomb", and "A Woman's Prayer". With a neat die-cut gatefold cover that has an image of a heart on the front!  © 1996-2022, Dusty Groove, Inc.
(Original die-cut gatefold pressing – a beautiful copy! Cover is in perfect shape.)