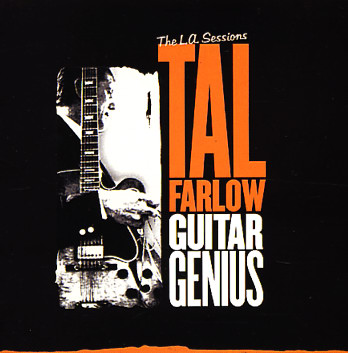 Sublime early work from the legendary Tal Farlow – the kind of sides that show by he was one of the most important jazz guitarists of the 50s! The bulk of the 2CD set features LA sessions recorded for Norman Granz during Farlow's early years at Verve – dates from 1954 and 1955 that often feature Tal's hollow body guitar right out front in the mix, over backing from Gerald Wiggins, Claude Williamson, Red Mitchell, Chico Hamilton, and others. One session features some added horn work by Bob Enelvoldsen, Bill Perkins, and Bob Gordon – and the package features 29 mid 50s titles that include "Tal's Blues", "Little Girl Blue", "Autumn In New York", "I Like To Recognize The Tune", "I Remember You", "It's You Or No One", "Tenderly", "Lullaby Of The Leaves", "Tea For Two", "This Is Always", "Walkin", "Will You Still Be Mine", and "Lorinesque". Added to these are a handful of earlier tunes recorded when Tal was in the Red Norvo trio – really beautiful work that features Farlow's guitar next to bass from Charles Mingus and vibes from Red! Titles include "Godchild", "This Can't Be Love", "Move", "Swedish Pastry", and "Cheek To Cheek".  © 1996-2020, Dusty Groove, Inc.

Count!
Verve (Japan), 1952. New Copy
CD...$19.99 (LP...$11.99)
A great little gem from the Count Basie years on Verve – a tight little record that has Basie really reinventing his sound for the 50s – an album that's filled with short, uncomplicated tracks that have a surprisingly easy-going groove! The arrangements are swinging and tight, with ... CD