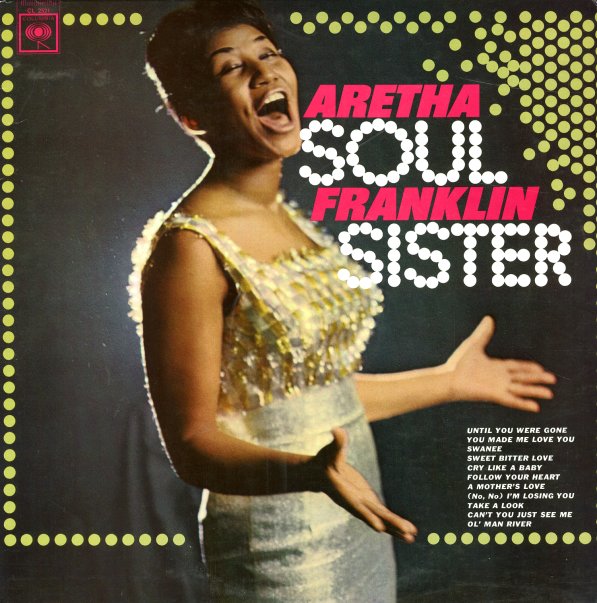 Aretha Franklin's definitely growing into her role as a soul sister here – a later date for Columbia Records that hints a bit at the sounds to come on Atlantic! Backings are by Robert Mersey and Belford Hendricks – both of whom use some relatively full orchestrations and occasional backing vocals – in ways that almost translate a 60s country soul aesthetic to a leaner, cleaner sound for Aretha's strong vocals. Franklin, as always, is great – the kind of singer that really illuminates any tune she gets – even familiar numbers that seem to take on new life in her hands. The material is a bit deeper-digging than before on Columbia – less covers, and more tunes that are well-suited to Aretha's sensibilities – including a few penned by Van McCoy or Hendricks. Titles include "Until You Were Gone", "Follow Your Heart", "A Mother's Love", "I'm Losing You", "Take A Look", and "Can't You See Me".  © 1996-2022, Dusty Groove, Inc.
(360 Sound stereo pressing. NOTE – Cover is heavily stained at the top 4 inches, with flaking at the corner, and a large peeled patch in front.)