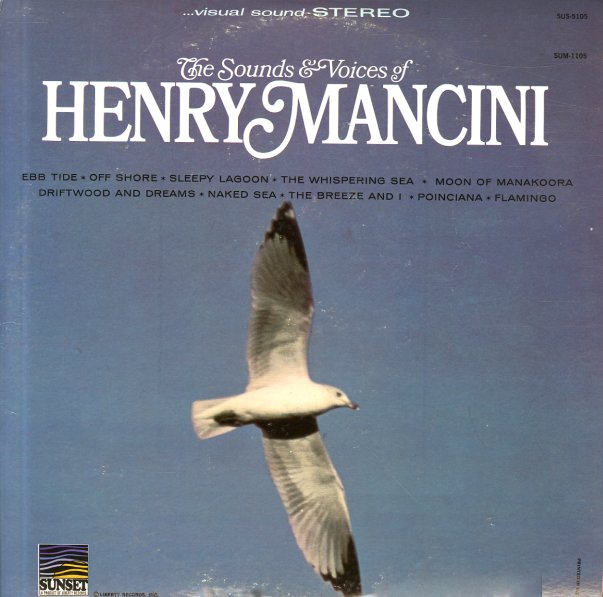 This is the craziest Mancini LP we've ever heard, and probably our favorite too! This is early stuff by him, and it's unlike anything else he ever did. The bulk of the album is weird spooky accordian and organ music, played super super slow, with hauting, even scary arrangements. The whole thing's amazing, and more twisted than you ever thought Mancini could get. Tracks include "Bali Hai", "Poinciana", "The Whispering Sea", "Ebb Tide", and "The Naked Sea". Fantastic!  © 1996-2022, Dusty Groove, Inc.

Quiet Village
Liberty, Late 50s. Very Good+
LP...$14.99
An undisputed classic in the exotica genre – and the record that yielded Martin Denny his biggest hit! The title track "Quiet Village" was originally written by Les Baxter, but it was Martin Denny's approach that really managed to send the tune over the top – using spare ... LP, Vinyl record album