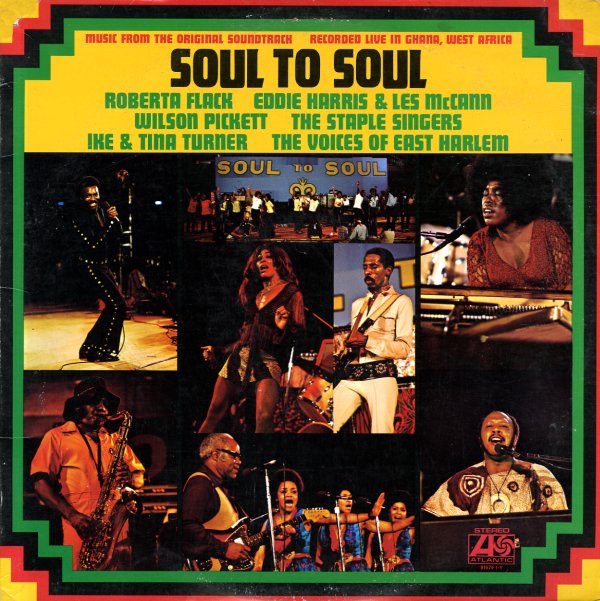 A legendary concert from 1971 – one that features Wilson Pickett, Ike & Tina Turner, The Staple Singers, Les McCann & Eddie Harris, The Voices Of East Harlem and others joining forces for an epic concert held in Ghana, West Africa! Tracks include "Land Of 1000 Dances" and "Funky Broadway" by Wilson Pickett, "Soul To Soul" and "I Smell Trouble" by Ike & Tina, "Are You Sure" and "He's Alright" by the Staples, "Heyjorler" by Les McCann & Eddie Harris, "Soul To Soul" and "Runk Shaker Life" by Voices Of East Harlem, and "Freedom Song" and "Tryin Times" by Roberta Flack.  © 1996-2021, Dusty Groove, Inc.
(Cover has some wear and staining along the spine side and inside the gatefold due to moisture.)