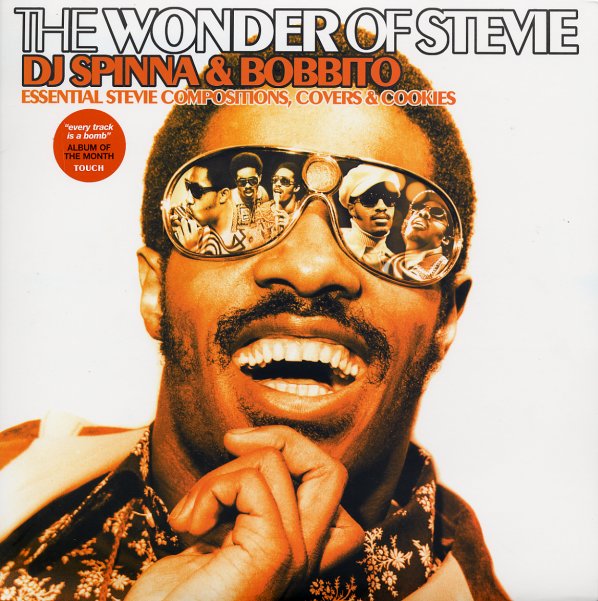 Stevie Wonder – whatta genius! Ever since his seminal late 60s sides for Motown, Stevie's had an influence on funk and soul that cannot be denied, and his genius is never so clear as when you're hearing it through the ears of other artists – the wealth of 70s talents who picked up on Stevie's unique grooves, and open them up even more! The influence of that Stevie-inspired era of artists is so huge, it's still being felt quite strongly today – as you'll hear in this brilliant set put together by DJ Spinna and Bobbito! The package features some of the best Stevie Wonder covers ever – nearly all from the early and mid 70s, and awash in electric keys, spacey soul, and jazzy wonderfulness! Titles include "Too High" by Norman Brown, "Bad Weather" by The Supremes, "You Got It Bad Girl" by Hugo Montenegro, "Golden Lady" by Jose Feliciano, "Spring High" by Ramsey Lewis, "I Was Made To Love Her" by Charles Earland, "Don't You Worry About A Thing" by Main Ingredient, "Superstition" by Sergio Mendes, "Buttercup" by Carl Anderson, "Love Having You Around" by First Choice, "Stick Together" by Minnie Riperton, and "Pastime Paradise" by Ray Barretto. 2LP set features 12 tracks in all – unmixed! For more, see the 12" sampler from the set!  © 1996-2022, Dusty Groove, Inc.
(Cover has some ring and edge wear, a hype sticker, and small sticker spot.)

Wonder Of Stevie 2 – Melody Man – Further Forays Into The Stevie Songbook – Compiled By DJ Spinna & Bobbito
Harmless (UK), 1970s. Very Good+ 2LP
LP...$29.99
The depth of Stevie Wonder's music knows no bounds – as you'll hear in this joyous celebration of his compositions of the 60s and 70s! The set's the second in Harmless' great Wonder Of Stevie collection – and like the first, it brings together a wealth of older cover versions of Stevie' ... LP, Vinyl record album

Skye Presents The Breaks 4 – Original B Boy Street Funk & Block Party Classics
Harmless (UK), 1970s. Very Good+ 2LP
LP...$19.99 24.99
The funk cuts never stop breaking on this one! This album's the fourth in Harmless' series of classic breaks – and it's probably the best of the bunch. DJ Skye's selected a bunch of tunes that perfectly illustrate why generations of hip hoppers and funk fans have become so break-obssessed ... LP, Vinyl record album

OST – Original Block Party Edits
EMI (UK), 1970s/Early 80s. Very Good 2LP Gatefold
LP...$19.99
New edits of older funk tracks – served up here in a mode that go down perfectly in a classic South Bronx street party! The mixers here have gone for a real back-to-basics style of edit – used almost as an homage to the earliest work by American DJs on the New York scene, and often in ... LP, Vinyl record album

WKQX Hometown Album
WKQX, 1977. Near Mint-
LP...$2.99
A pretty interesting slice of Chicago in the mid 70s – featuring a host of acts that never made it at all! The concept of the album was a contest by radio station WKQX to showcase a host of original groups from Chicago – and out of 1900 tapes submitted, 11 different groups were chosen ... LP, Vinyl record album

Ultimate Breaks & Beats Vol 4
Street Beat, 1970s/1980s. Very Good
LP...$9.99
A motherlode of great funky tracks – one of the earliest of the Ultimate Breaks & Beats titles, filled with classic funk tracks that had a huge influence on the sound of early hip hop. And come to think of it, lots of these are still having a huge influence today! This fourth volume in ... LP, Vinyl record album