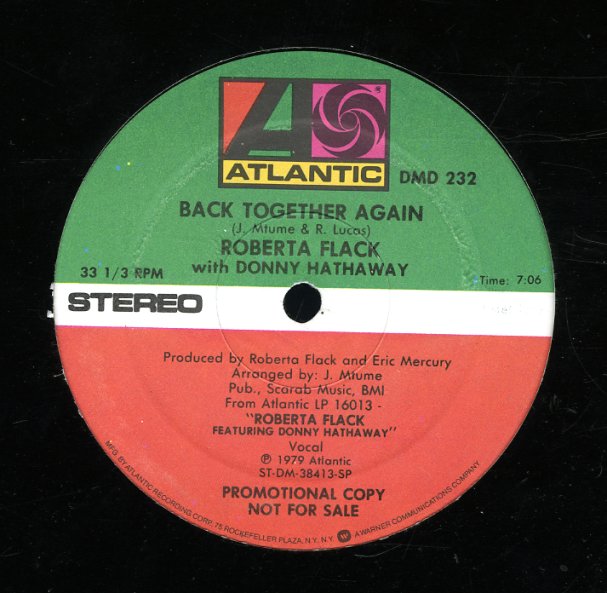 Back Together Again (double a-side promo)

"Back Together Again" is one of the best tunes from the team of Roberta Flack & Donny Hathaway – more upbeat than some of their other work together, and with a nice dancefloor styled groove that includes plenty nice bass!  © 1996-2020, Dusty Groove, Inc.
(Promo in an Atlantic sleeve.)