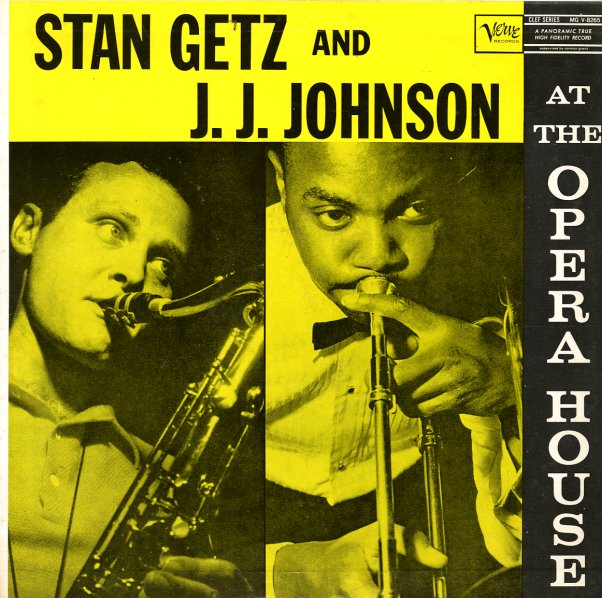 A strange pairing – but that's sometimes what makes these Verve "pro meets pro" sets from the 50s so great. Getz and Johnson are backed by Oscar Peterson, Ray Brown, Herb Ellis, and Connie Kay – and the tracks are longish, with plenty of solo room in the open jam session mode of the recording. Titles include "Billie's Bounce", "My Funny Valentine", "Crazy Rhythm", and "Blues In The Closet".  © 1996-2021, Dusty Groove, Inc.
(Verve Inc pressing with deep groove. Cover has light wear, and a bit of seam splitting.)

Leonard Feather Presents The Sound Of Feeling & The Sound Of Oliver Nelson
Verve, Late 60s. Near Mint-
LP...$11.99
Totally totally cool LP that has this groovy group playing with Oliver Nelson – who plays soprano on most tracks. The sound is very groovy, and very Now Sound, with a female vocal duet, and mod swingin' jazzy lyrics. The LP's got a nice version of "My Favorite Things", a cool ... LP, Vinyl record album