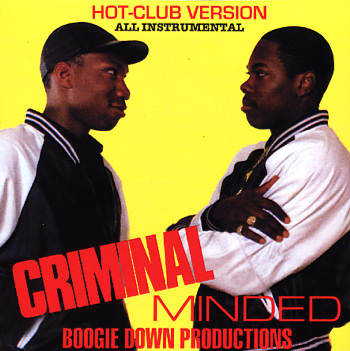 The instrumental/dub versions of all the tracks from the Criminal Minded LP – one of the most important albums in the history of hip hop – the first full LP from KRS One, and a landmark batch of tracks recorded with the late Scott La Rock! The track list alone is a full chapter in the hip hop book of legends – with tunes like "Poetry", "Elementary", "South Bronx", "Super-Hoe", "Bridge is Over", and the "P is Free" remix – plus "Criminal Minded", "Dope Beat", and "9mm Goes Bang"  © 1996-2022, Dusty Groove, Inc.