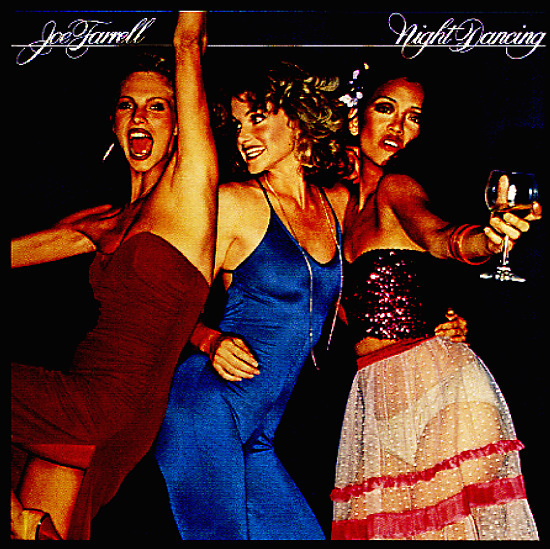 Smooth grooves from Joe Farrell – and a great little set that's got all the best soulful elements of his work on CTI, even if the setting's a bit different! The album's one that we passed over for years, thinking it a slick fusion date – but Farrell's reeds are every bit as sharp as on some of his earlier dates – set up here in a largeish group with lots of great keyboards from Herbie Hancock and Victor Feldman. A few numbers have some vocals – but in the best sort of 70s soul fusion mode, sung by Flora Purim, Lynda Tucker Lawrence, and Andrea Robinson – and other players include Harvey Mason on drums, Chuck Rainey on bass, and Airto on percussion – so you can bet that the rhythms are solidly grounded! Titles include "Casa Los Suspensos", "Night Dancing", "Another Star", "You're In My HEart", "Katherine", "Silver Lace", "How Deep Is Your Love", and "Come Rain Or Come Shine".  © 1996-2022, Dusty Groove, Inc.
(Cover has light surface and ring wear, small sticker.)