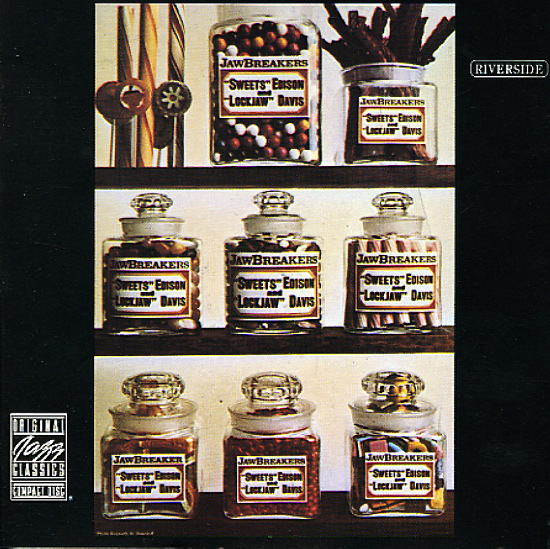 Edison and Davis team up for this record that features Edison on trumpet, Davis on tenor sax, Hugh Lawson on piano, Ike Isaac on bass and Clarence Johnston on drums. Tracks include three Edison originals "Oo-ee!", "Jawbreakers", and "Moolah". The album also contains Miles Davis' "Four" and "Broadway", "A Gal In Calico", "I've Got A Crush On You", and "Close Your Eyes".  © 1996-2021, Dusty Groove, Inc.
(Black label Bill Grauer pressing. Cover has light edge wear.)