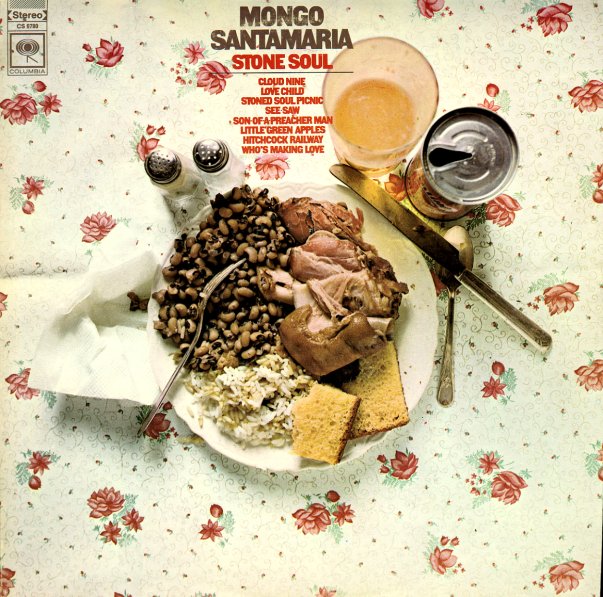 A killer album from Mongo Santamaria's classic 60s run for Columbia – and a record that also features some wonderful alto work from a young Sonny Fortune! Sonny's the key soloist on the record – bringing some sharp jazz elements to an album that's equal part Latin and 60s soul instrumental – served up with key arrangements from Marty Sheller, and played by a cool mix of Latin and soul players that includes Mongo on congas and bongos, plus Pretty Purdie on drums, Haldey Caliman and Hubert Laws on tenor, Luis Gasca on trumpet, and Stephen Berrios, Julito Collazo, and Osualdo Martinez on percussion! Tunes are a mix of covers and cool originals – and titles include "Hitchcock Railway", "See Saw", "Cloud Nine", "Where We Are", "Love Child", "Who's Making Love", and "The Now Generation".  © 1996-2021, Dusty Groove, Inc.
(70s pressing. Cover has splitting on the spine and some edge wear.)

Watermelon Man!
Battle, 1962. Very Good
LP...$14.99
A seminal moment in the career of Mongo Santamaria – and probably the first record to show that he was destined for greatness! As you might guess from the title, the set features Mongo's key recording of Herbie Hancock's "Watermelon Man" – served up here in a sharp-edged ... LP, Vinyl record album