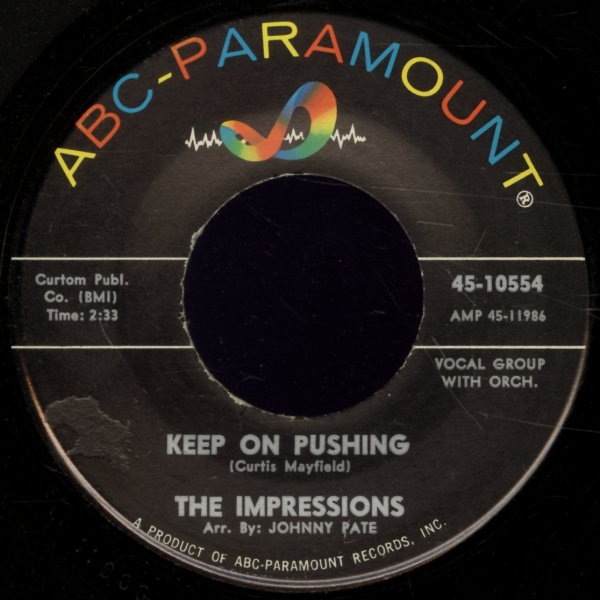 Keep On Pushing/I Love You (Yeah)

(In an ABC/Paramount sleeve, with a small center split bottom, includes a jukebox tab.)